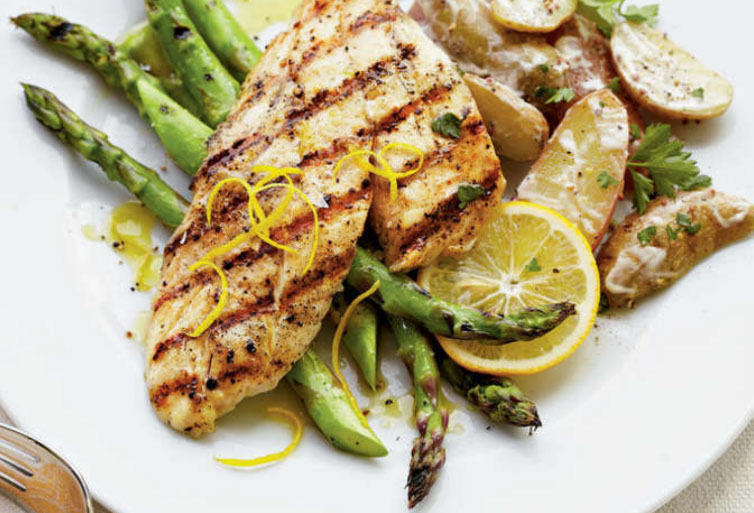 Mama always said “Looks ain’t everything.”  Gray Triggerfish aren’t the most glamorous pisceans and have been described as pug-ugly – a dull gray hockey puck of a fish with a serious overbite.

But while the Gray Triggerfish may not win any beauty contests, it scores big in the taste category. They are abundant in the Gulf of Mexico and thank goodness, not everyone is aware of how good they taste. They have a deliciously delicate, pretty white flesh with a subtle flavor that comes across as vaguely sweet.

Great on the grill, baked or fried!

Triggerfish get their name from their ability to lock their first dorsal spine with their second dorsal spine. If spooked, it will hide in a crevice, engage its trigger, and become almost impossible to extricate.

Also known by its Hawaiian name, Humuhumunukunukuapua’a or just humuhumu for short; meaning “triggerfish with a snout like a pig.” It’s one of several species of triggerfish. (Go ahead now…impress your friends!)

Brush both sides of fish with olive oil; sprinkle with salt and pepper. Place fish on cooking grate, and grill, covered with grill lid, 4 minutes or until grill marks appear and fish no longer sticks to grate.

Using a metal spatula, carefully turn fish over, and grill, without grill lid, 2 minutes or just until fish flakes with a fork.

Serve with lemon wedges or sprinkle with zest, if desired. Add a couple of sides or a salad and you have a quick and delicious dinner!

Lighthouse Seafood is a family business,
owned and operated by Tim, Heather and Danny O’Leary.
They have supplied Central Florida restaurants and residents
with prime seafood for more than a decade.
Their commitment is to always have
only the freshest seafood for your table.